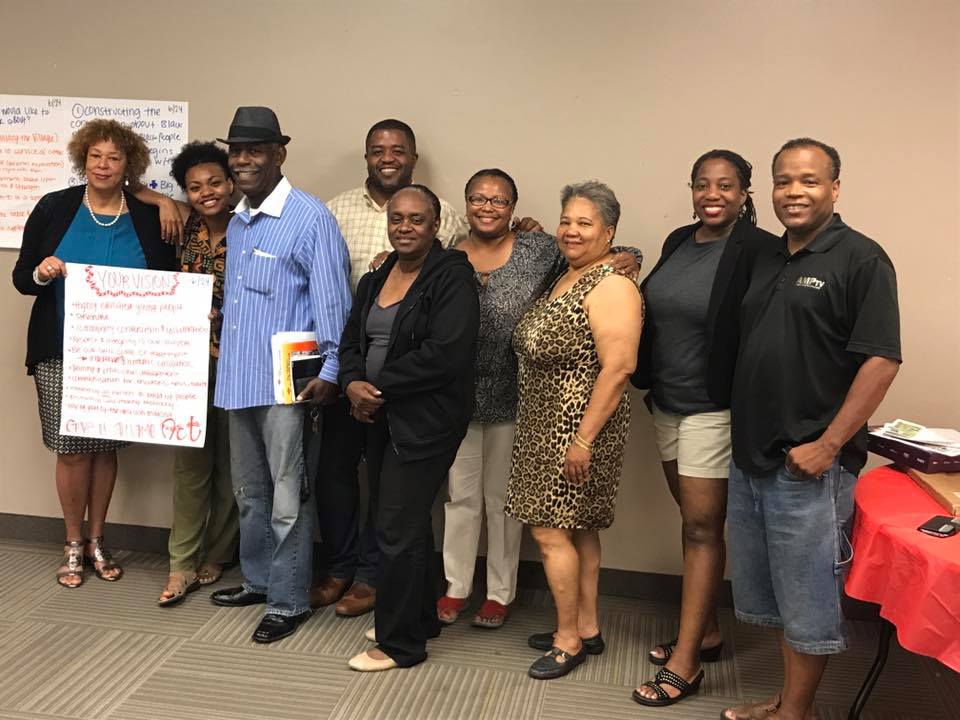 BUILDING A BLACK HEALTH AGENDA ONE STORY AT TIME

“She didn’t identify it as mental illness. None of us did. But the stress of raising four children on her own, trying to hold down several jobs, staving off homelessness, her car being repossessed, worrying for her children’s safety and taking care of herself pushed her into a corner. Isolated and alone the signs of depression slowly worked their way above sea level and out into the open. She kept saying her nerves were bad. She’d talked about suicide but when anyone would dig deeper she promised it was a joke. She hated using her Medi-Cal card. When she pulled it out she said she got stares especially when she went to pharmacy to pick up her medicine. She stopped making her dental appointments and after one incident she never went back to her doctor. He rarely appeared at her appointments anyway. She went alone. When she asked her nurse practitioner to refer her to a psychologist or psychiatrist his response was deceptively optimistic. “You’re so articulate, you’re not depressed,” he said. Before another sentence came out of his mouth she was already out of the door. She self-medicated for years and did not receive a mental health screening or treatment until she ended up in the hospital with congestive heart failure.”

This one story is a composite of the contemporary issues facing African Americans and mental health. It is also a composite of the challenges we’ve heard in our six-city tour of California to help build a Black Health Agenda. In Sacramento, Fresno, Perris, Oakland, San Diego and Los Angeles more than 250 African American health practitioners and everyday people came out to talk about their health. In every city stigma around mental health services and barriers to mental wellness were discussed. Stress, perceived discrimination, personal crises, insurance coverage, financial resources, health care provider communication, racism and lack of African American providers topped the list of barriers.

Not surprisingly, these are the same barriers reported in the 2012 California Reducing Disparities Project report, We Ain’t Crazy: Just Coping with a Crazy System, a document that continues to provide a comprehensive view of the state of mental health disparities in the African American community. The report’s recommendations include 274 practices helpful at the individual, community and systems level. The report also sketches out a group of pathways into the Black community focused on eliminating mental health disparities. Chief among those roads is listening, collecting and carrying the voice of Black people and their experiences into the world of policy at the local, state, county and federal levels. The report also makes it plain that “complex, aggressive and urgent actions are needed.” Our first step has been to leave our offices and go out into the community to be among Black people, to share and empathize, to listen and learn and now to plan and strategize ways forward; complex, aggressive and urgent action oriented ways forward.

This is the central goal of CBHN’s Black Health Agenda. We are building it one city at a time. Our next stop is San Bernardino (September 29, 2017). Our last stop is February 12, 2018 in Los Angeles where we plan to reveal what Black folks say they need. We intend to collect the stories like the one that started this update as a source from the grassroots to inform policy experts, stakeholders and organizations in solidarity to help build health systems that reflects the needs, challenges and aspirations of Black people. We invite you to join us. To learn more about CBHN’s Black Health Agenda check us out on Facebook or email us: awilliams@cablackhealthnetwork.org.